How Cadbury Chocolate is Made

It will come as no surprise to anyone that Cadbury Dairy Milk is the UK’s best selling chocolate bar year after year. This hunk of chocolatey goodness, which has graced our shelves since June 1905, quickly established itself as the nation’s favourite chocolate, and stayed that way ever since.

But just why was this delicious sweet invented and how is made today?

The Beginning of Cadbury

The Cadbury story started in 1824 when John Cadbury opened a grocer’s shop in Birmingham. It wasn’t a dedicated sweet shop, in fact, John, a Quaker, didn’t even sell chocolate bars at all. What he retailed, among his many groceries, was cocoa and drinking chocolate.

Being a devout Quaker, John didn’t drink alcohol, he prefered the sweet taste of hot chocolate, and he wanted to share his predilection with his discerning clientele. So prepared this chocolate treat for his customers himself, grinding the ingredients in a pestle and mortar.

Cadbury’s hot chocolate proved so popular he decided to scale that side of his business, moving it into commercial production in 1831. 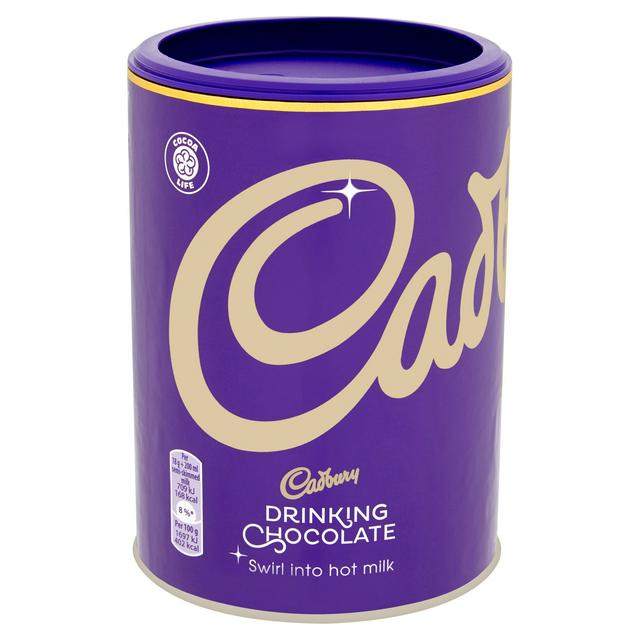 He didn’t use the best cocoa for his products but that didn’t stop them from selling to the wealthy elite, the only people who could afford such a luxury. Despite a Royal Warrant in 1854, Cadbury’s fortunes diminished and he began to run out of money.

His sons took over the business, focusing it solely on cocoa and in 1866 they had a breakthrough - introducing a much improved cocoa into the UK. A company in the Netherlands had developed a cocoa press that removed much of the cocoa butter from the bean, and this revolutionary new chocolate making technique breathed new life into Cadbury’s flailing business, kickstarting a chocolate journey that we are still enjoying today. 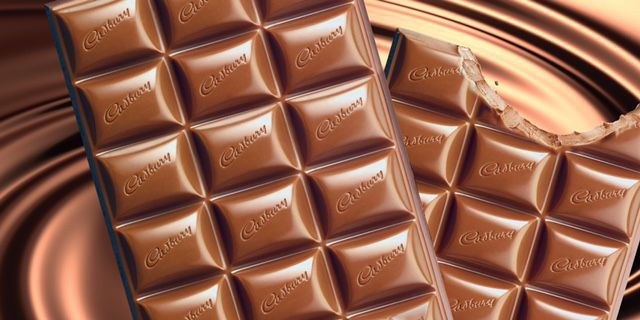 Fast forward to 1905 and Cadbury introduced its most beloved product - Dairy Milk. Inspired by the Swiss chocolatiers, Cadbury began to make its own version of milk chocolate. George Cadbury Jr was challenged to create something similar to the popular Swiss chocolate, but with more milk than any other milk chocolate on the market.

At the time, the Swiss were adding condensed milk into their bars to make them sweeter and more refined than the British versions, which were made with milk powder. But George succeeded and when a customers’ daughter suggested they call their new bar ‘Dairy Milk’, the name was an instant hit.

Dairy Milk was initially launched into shops as unwrapped blocks of chocolate for the proprietors to break down into penny bars for their customers, but as the chocolate’s popularity soared, Cadbury began to sell the bars individually wrapped.

By the start of the First World War, this milk chocolate product was Cadbury’s most popular product, and by the 1920s it was the number one chocolate bar in the UK, a place in the charts it still retains, 100 years later.

But just how do Cadbury make such a perennially popular bar of chocolate? Well, it all begins with the cocoa tree. 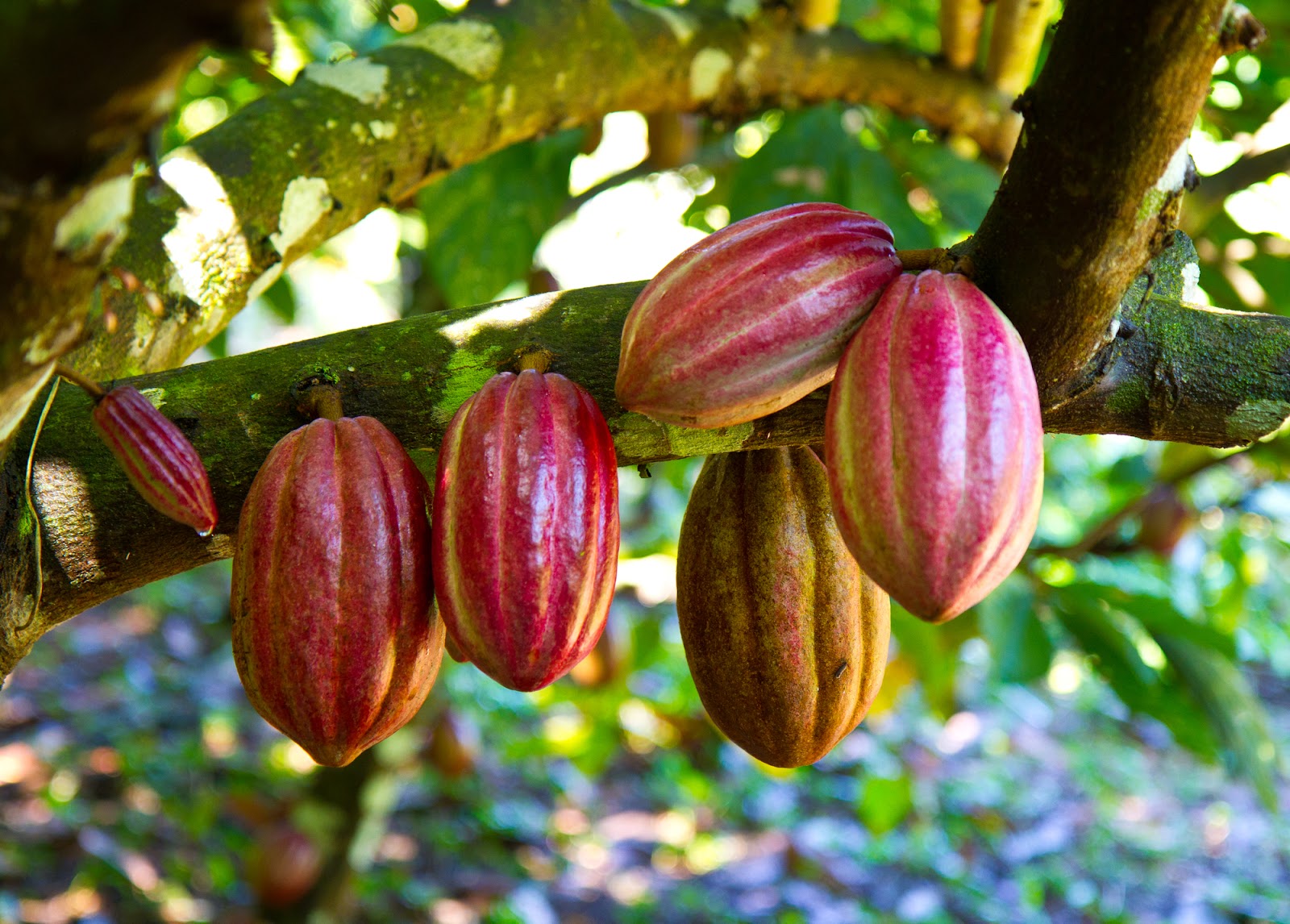 Cadbury sources their cocoa from Ghana, West Africa. The cocoa trees produce cocoa pods which grow from the trunk of the tree and its main branches, producing approximately 30 pods each year - it takes one tree’s entire annual crop to make just 500g of cocoa. Each cocoa pod contains the cocoa beans, about 30-40 seeds per pod.

The pods are ready for harvesting between October and December, turning a deep golden colour when they’re ripe for the picking. The pods are cut from the trees and the beans removed and fermented to develop the rich chocolatey flavour.

The fermented beans are then dried in the sun before being packed off to buying stations where they’re graded according to quality by the Ghana Cocoa Board. Cadbury buyers then select the best beans and they’re put on ships and transported to a processing factory in North Wales.

In the North Wales factory the beans are roasted in a revolving drum before being broken down into little pieces known as kibbles. The shell of the beans are blown away, leaving only the seed nibs - the very centre of the beans. These nibs are ground down until they develop a thick cream like consistency, known as the cocoa mass. This mass is what will become chocolate and cocoa.

The cocoa mass is then sent to another Cadbury factory in Hereford where it’s combined with sugar and fresh, full fat condensed milk and is then placed in ovens to dry to a crumb. This crumb is then transported to Cadbury manufacturing factories where it is the base for all Cadbury chocolate.

Every day, over 250 tonnes of crumb arrives at the Bournville chocolate factory to be turned into milk and dark chocolate. This crumb is rolled and kneaded to ensure it reaches optimum silky smoothness before being tempered to make it stable. Once ready for moulding, the tempered milk chocolate is then poured into the moulds to make the recognisable Cadbury Dairy Milk chunks. Once moulded the bars are cooled and wrapped. 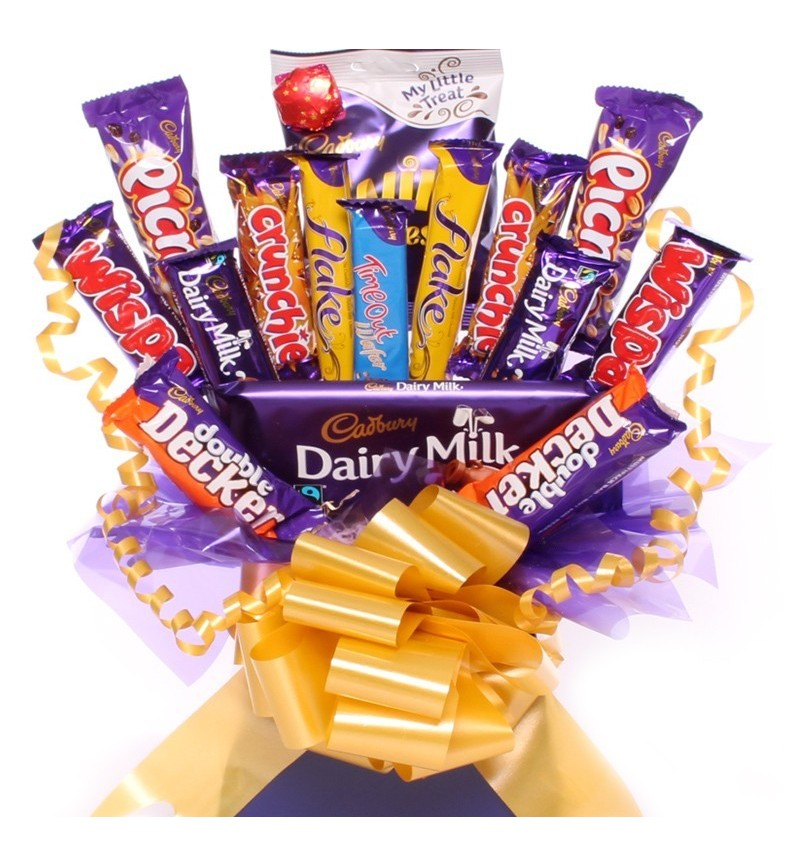 Of course we retail the Dairy Milk bar - it’s one of our most popular chocolate products. But that isn’t the only Cadbury chocolate bar we sell. So why not check out Appleton Sweets full range of wholesale Cadbury chocolate and add some Cadbury purple to your shop’s shelves.

From Wispa to Twirl, Flake to Freddo, we have a Cadbury chocolate bar that your customers will simply love. So stock up on Chomp, Curly Wurly, Crunchie and Double Deckers, and watch your chocolate sales grow.