FREE delivery over £250 to selected postcodes with an express delivery option too!

Once dismissed as a passing fad, veganism has hit its stride in 2020. This plant based diet has been growing in popularity in recent years and as such, vegan foods have fast become mainstream.

Veganism is growing  quickly in the UK and with more people opting to adopt this way of life, avoiding anything made from or with animal products, including sweets, confectionery manufacturers are stepping up to the plate and creating vegan versions of popular mainstream sweets.

It doesn’t matter if your tastes run to fruit jellies or fizzy cola gummy sweets, Parma Violets or lollipops, there is a vegan sweet that will tantalise and tickle your tastebuds.

So what is fueling this love for vegan sweets UK and just how big is the market?

Globally, the vegan sweet market is valued this year (2020) at USD $995.5 million and expanding rapidly, with an anticipated growth of 11.8% by 2027. Veganism is becoming mainstream all over the world, fuelled by influencers on social media extolling the virtues of going plant based, encouraging their audiences to adopt vegan lifestyles and a plant-based diet.

Sustainability and climate change are also driving consumer behaviour, as is an increase in interest in animal welfare, one’s own personal health and the impact our choices are having on our planet are all factors in the growing trend of veganism.

And veganism isn’t going anywhere. As such, food firms and sweet manufacturers, keen to capture this rise in demand are researching and manufacturing more and more vegan foods, expanding their range and introducing new vegan confectionery products to market on a near constant basis. 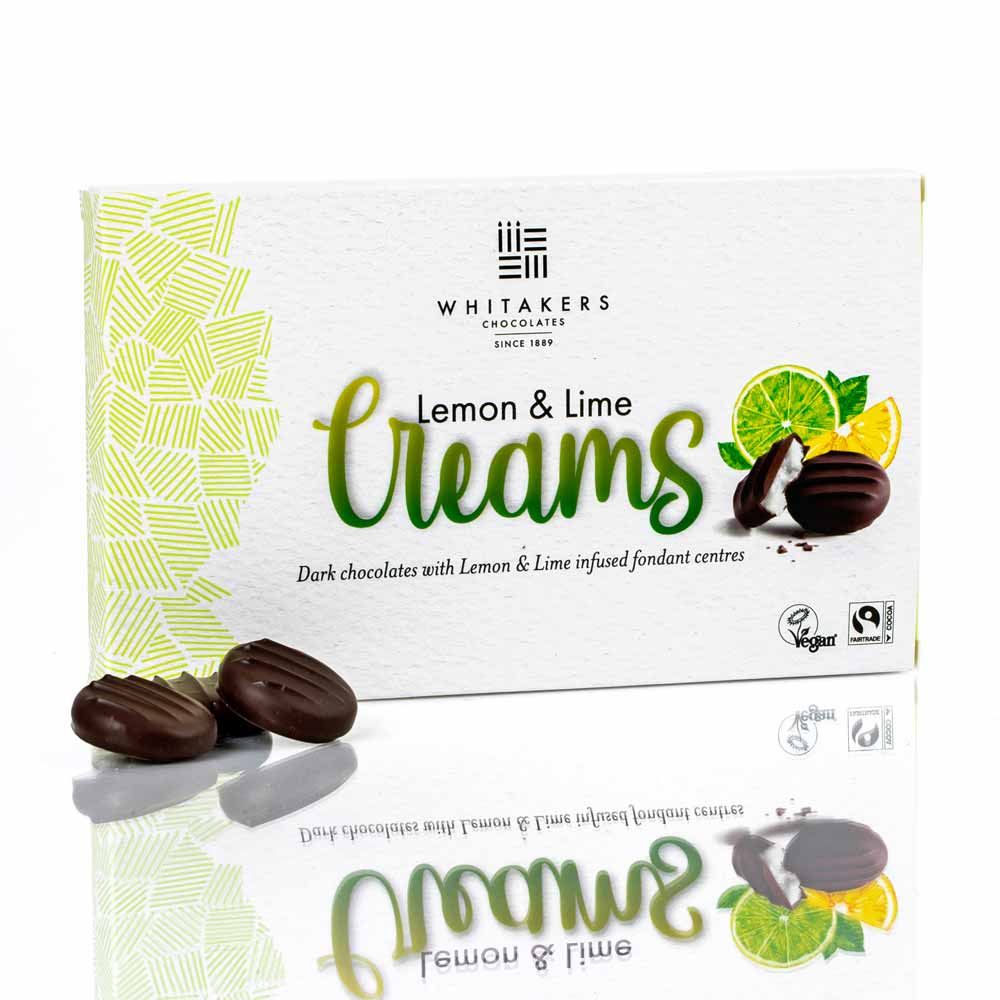 You might assume that chocolate would be a no-go for vegans, what with one of its key components being milk. But there has been  a wealth of vegan chocolate options that have hit the market recently, proving incredibly popular with consumers and satisfying even the sweetest of vegan teeth.

It used to be that only dark chocolate was suitable for those following a plant based diet, with its higher concentration of cocoa solids negating the need for milk, but not everyone likes their chocolate dark and bitter.

Mylk chocolate, the vegan version of milk chocolate is routinely made with plant mylks such as coconut milk or soya, which results in the same sweet milk chocolate taste we’ve all come to love, without containing any animal products.

Whitakers, for example, a family run chocolatier making chocolate in the UK since 1889 have had their chocolate officially certified suitable for vegans by the Vegan Society. So whether your tastes run to dark fondant creams, chocolate wafers, or honeycomb bites, you can enjoy their range confident that they don’t contain any animal derived ingredients.

“As the world of food evolves it is important that as a food manufacturer, we embrace it whether the change is due to health, the environment or personal choice. We offer a wide range of confectionery products and through constant development we want to ensure they are available for everyone to enjoy. We’re delighted to be able to offer consumers a vegan range and look forward to growing more products within this sector.”

Prefer your chocolate from Cadbury? Then if you follow a plant based diet you’re in luck as Cadbury have confirmed they’re working on a vegan version of their hugely popular Dairy Milk chocolate. 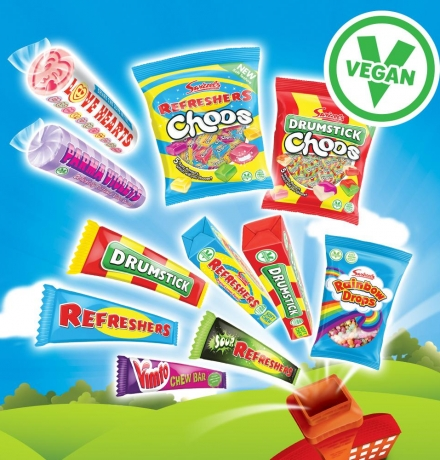 If you want to fill your shelves with vegan sweets, then you’re in for a treat because there is a surprising range of vegan confectionery offerings from some truly mainstream players. Almost the entire Swizzels Matlow sweet range, for example, are vegan.

So if you’re not keen to take a punt on a vegan sweet brand you don’t recognise, you can stock up on Swizzels Drumsticks, or Double Dip or even Love Hearts, safe in the knowledge you are catering to all diets.

Vegan pick and mix sweets are also gaining in popularity, so if this is something you retail in your shop, why not consider adding vegan gummy sweets to the mix? Vegan jelly bears or vegan cola bottles or even vegan wine gums are always a welcome addition.

Appleton Sweets are proud to be in the vanguard for wholesale vegan sweets. As well as the brands listed above - Whitakers and Swizzle Matlow, we also stock Pimlico sweets with their beautiful gift boxes of vegan jelly babies, vegan wine gums and vegan fruit jellies and Kingsway pick and mix sweets.

The vegan sweet choice truly is yours.

Sign up and receive all of our latest news & exclusive special offers.

We aim to despatch all orders within 2 workings although we strive for this to be sooner.

Our London warehouse houses over 2000 confectionery items, ready for despatch.

Our knowledgeable team are always here to help and offer advice to help your business.

We use the highest grade of security to ensure our customers data is always fully secure.